Gluten intolerance can cause acid reflux.  Foods like bread, pasta and beer cause heartburn if you don't tolerate gluten.

Did you ever wonder why spaghetti always sticks to itself before your ready to use it?It's a because of a gluey protein called gluten.  Wheat, rye and barley, they all contain gluten.

Most of our meals and snacks contain wheat: bread, pancakes, snacks, burgers, bear, spaghetti,... .  So if you have difficulties to digest gluten, you get exposed several times a day.

Celiac disease is the most obvious form of gluten sensitivity. If you have it, you can be tested and diagnosed objectively. Gluten intolerance is harder to prove and not all doctors agree on its existence. 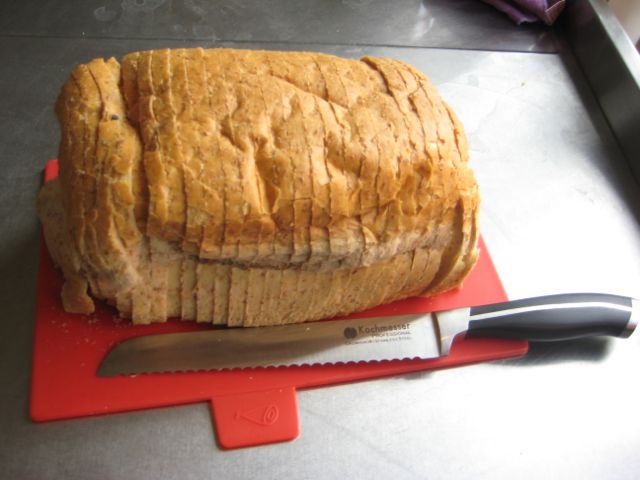 If you have celiac disease, you are allergic to the gluten protein.

Consequently, all gluten containing foods cause inflammation and damage inside your gut.  Gluten destroys the fingerlike protrusions of your small intestine that are responsible for absorbing nutrients from your food.
It leads to diarrhea, weight loss and acid reflux.  Without proper nutrient intake, you become malnourished no matter how much food that you eat.

The smallest amount of gluten causes an excessive reaction. That is why you have no other option than to follow a strict gluten free diet for the rest of your life.

Gluten sensitivity is gluten intolerance without having celiac disease. That means that you can tolerate small amounts of gluten, but anything in bulk makes your body react. Sometimes it is called non-celiac gluten intolerance. Gluten can cause heartburn in two ways:

Gluten particles from beer, bread and pasta feed bacteria end up in your gut. Too much undigested grains leads to bacterial overgrowth inside your small intestine. This condition is called SIBO (Small Intestine Bacterial Overgrowth). The fermentation of these bacteria produces gas, which increases abdominal pressure. Consequently, stomach acid is pushed upward, creating bloating in your stomach and acid reflux up to your throat.

If your are gluten sensitive, you can react negatively to several components of wheat. Alpha-gliadin, transglutaminase, wheat germ agglutinin, glutenin, gluteomorphin and diamidated gliadin are all possibly harmful. They cause an inflammation that damages your gut lining, resulting in tiny holes in your colon. This condition is called the leaky gut syndrome.

Bigger parts of proteins are able to reach your blood stream if you have leaks in your intestinal lining. Proteins of fish, mushrooms, nuts, etc. that aren't fully digested yet, slip through these cracks and cause an immune reaction in your blood. That is because your immune system sees these big protein parts as foreign objects and starts attacking them. This way, you tend to develop more and more allergies and food intolerances. Taking proton pump inhibitors (nexium), makes you even more vulnerable for allergies.

Gluten Intolerance, Does It Really Exist?

Things are hard to prove and more clinical trials are needed for hard scientific evidence. The mechanisms by which gluten triggers symptoms, have yet to be identified. Jessica Biesekierski, a gastroenterologist formerly at Monash University, and now based out of the University of Leuven in Belgium, is a leading researcher in this field. In her latest trial (febr 2014), she was able to prove that gluten can cause problems because it is an important source of FODMAP carbohydrates.

FODMAP is an acronym that stands for Fermentable Oligo-Di-Monosacharides and Polyols. It is a group of carbohydrates that digests slowly and feeds fermenting bacteria in the intestinal tract.

Until further research is done, she recommends patients with gastrointestinal problems to start with a low FODMAP diet, instead of a gluten free diet. The FODMAP diet is a more extensive version of the gluten free diet and meant to diagnose food groups that you don't tolerate.

from gluten intolerance to exreflux.com